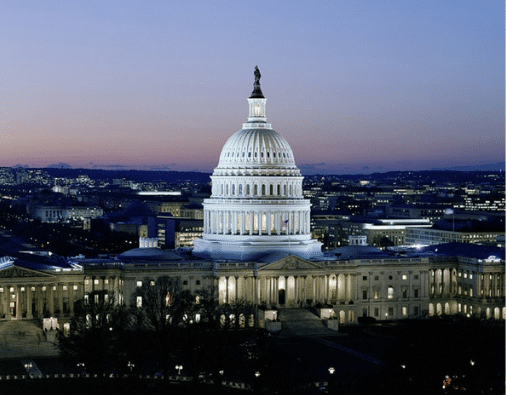 Assuming the accuracy in polling, how is it possible that Republicans have a shot at reclaiming the majority in the legislative branch of Congress? Although nothing is certain, we are more than 10-months away from the midterm elections and to reward the Republican Party with any keys of legitimacy might be the greatest indictment of  “We the People” in our 235-year history.

How can this brazenly all-white reductionist, nativist, divisive party that proudly embraces an orthodoxy incongruent with the realities of the 21st century be entrusted to govern?

How can a political party be rewarded with a majority in Congress when it is unable to condemn its own members for posting videos on Twitter that espouse violence against the President of the United States as well as other members of Congress?

The Republican Party is dominated by the most vociferous voices dwelling in the shallow waters of the extreme.   It suffers from the cataracts of bigotry that allows one to only see those that view the world as they do. It is cannibalism masquerading as patriotism.

When has the Republican Party governed responsibly? When it made the debt ceiling a political wedge issue rather than a responsible tool for the nation to meet its financial obligations?  Can someone explain why it remains an urban myth that Republicans are better for the economy?

But the Republican Party that could potentially regain majorities in Congress offers little pretense of being fiscally responsible. They instead offer a more insidious proposition by titillating fears, rooted in gander, and promoting distrust of Americans that do not share their worldview.

How can a political party be supported for its unwillingness to participate in the January 6 attack? We can, and perhaps should ask, who would support such a political party?  But the larger question in my view: who is not voting at all?  Who is willing to stay at home because they are unable to see any difference between the two major political parties?

My comments are not an endorsement of the Democratic Party, but merely to point out the Republican Party as it currently stands is so far beyond the democratic guardrails that to bequeath them additional legitimacy would be to sow the seeds of increased dysfunction.

The emphasis of the 2022 midterm election is not ideology, but a recalibration of normalcy. America cannot compete globally when one of its major political parties is mired in a vision more suitable with the 1950s.

Byron Williams is a writer, adjunct professor, and host of the NPR-affiliated radio show, The Public Morality — a weekly broadcast focused on contemporary issues including politics and culture.