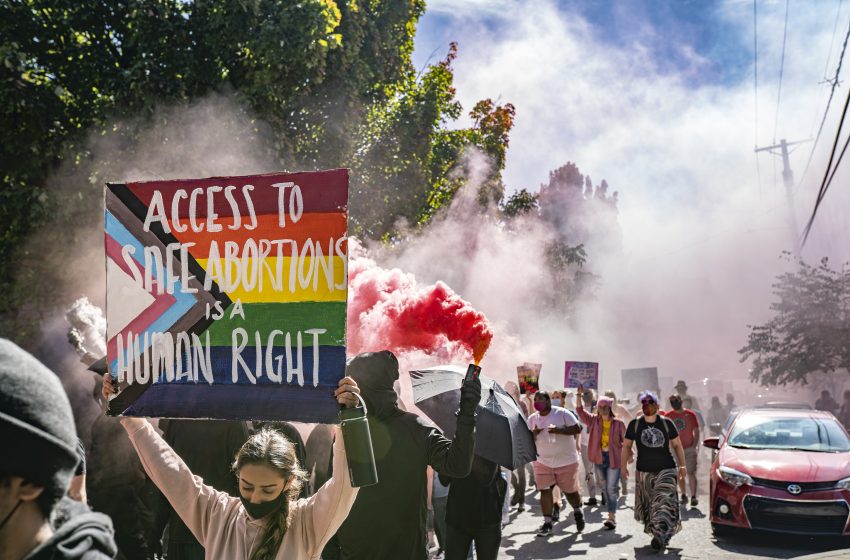 In response to the new Texas abortion restriction law (SB 8), many states in the US will be hosting protests and rallies to protect reproductive rights on October 2. On September 1, SB 8 went into effect in the state of Texas—virtually banning abortions in the state of Texas. What makes this bill different, and gives rise to more Constitutional questions, is the bill itself does not punish the patient or the abortion provider criminally; this law outsources punishment to the citizens of Texas. A Texas citizen can report an abortion provider or someone who helps a patient obtain an abortion and sue them in civil court. The reporter is set to gain up to $10,000 and court costs for winning their case. The abortion provider cannot regain court costs if they win their case.

Other states are beginning to write and pass laws in line with the Texas law after the Supreme Court chose not to place an injunction on the law before the law went into effect. Cases are already working their way up to the supreme court.

At the time of this article’s publication, eleven states have “trigger laws” in place that would ban any abortion in those states if the Supreme Court overturns Roe: Arkansas, Idaho, Kentucky, Louisiana, Mississippi, Missouri, North Dakota, South Dakota, Tennessee, Utah, and Texas. Oklahoma’s “trigger law” will come into force on November 1.

Outside of Texas, all other states allow abortion up until 20 weeks and some up until viability. Alaska, Colorado, New Hampshire, New Jersey, New Mexico, Oregon, and Vermont have no fetal age restrictions placed on abortion.

While folks are marching for reproductive freedoms, let’s make sure we remember why it is essential that reproductive rights are protected in each state. Many patients who need abortions cannot afford to travel hundreds, if not thousands of miles, take time off of work, and find childcare for days to receive an abortion out of state. This limits abortions to patients who have money or access. A fundamental right to bodily autonomy should not be a “states rights” issue. As citizens of the United States of America, we should all have the same rights and privileges as everyone else.

We as voters should also remember that policing pregnant bodies has nothing to do with saving children. If this were the case, then all states with “trigger laws” would have universal health insurance for children, universal maternity care, and maternity leave for at least the pregnant patient. These states would also have comprehensive sex education and easy access to condoms and birth control. These laws are about controlling pregnant bodies and nothing more. Folks need to remember when they are marching; they are not just marching for themselves or other people the marcher personally knows who could get pregnant; these marchers are marching for those who cannot march because they cannot afford to take time off of work to do so.

Planned Parenthood is here for you with information, resources, and services. As the litigation process plays out, Planned Parenthood will update this page with any news or changes regarding access to abortion that could impact you.