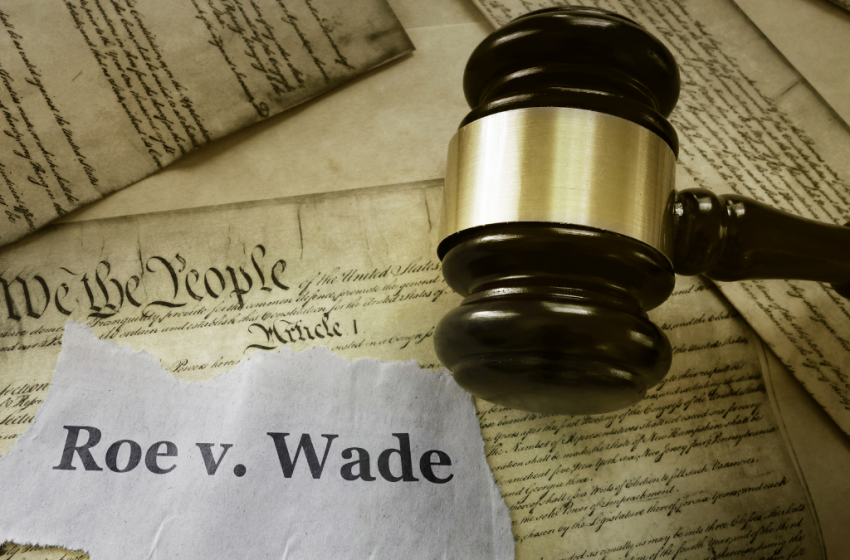 So this is how Roe ends. Not with a bang, but a leaked draft opinion late Monday night. We knew this day was coming. It was clear from the time Trump was inaugurated as president and started stacking the courts with right-wing hacks.

Yet, I can’t help but be surprised.

Maybe surprised is the wrong word. Disappointed? Yes. Angry? Undoubtedly. But what I, and so many women throughout the United States, are feeling is more than just anger and disappointment. It’s an indescribable despair at watching your country decide that women are subhuman; incapable of making decisions about our own lives and bodies. Our rights are being stripped away, in real-time.

I’m lucky enough to currently live in a state that protects reproductive rights. For that I am grateful, but I shouldn’t have to be. The highest court in the land will soon hand down a ruling that effectively states women are a subclass of citizens, which will turn this country overnight into a bizarre and contradictory patchwork of reproductive laws. The right to access medical care will be determined by the whims of state and local government officials, not medical practitioners. No woman should have to play geographic hopscotch to access medical care. Nevertheless, that Handmaid’s Tale–style dystopia will become our reality very soon.

I cannot overstate the gravity of this assertion. Apart from dismantling abortion rights, which is in and of itself despicable, several historic cases were decided on the right to privacy. Griswold v. Connecticut. Loving v. Virginia. Lawrence v. Texas. Obergefell v. Hodges. Without a “right to privacy,” the Court has just opened the door to overturning the aforementioned cases and therefore criminalizing contraception, interracial marriage, adult sexual intercourse, and same-sex marriage.

Alito goes out of his way to ensure that the Dobbs v. Jackson Women’s Health Organization ruling will only apply to abortion and not to any other Supreme Court cases that were based on the right to privacy. First of all, “only” taking away a woman’s right to choose isn’t something to brag about: it is a grotesque violation of human rights. Full stop. Secondly, I don’t believe him for one minute.

During Supreme Court confirmation hearings, nominees are asked numerous, hypothetical questions. Nearly all are asked about Roe v. Wade. Previously, every conservative nominee gave the same tight-lipped response that Roe was an “established precedent.” In other words, the Supreme Court already decided that abortion was a constitutionally guaranteed right.

Justice Alito is a self-proclaimed constitutional “practical originalist.” If something isn’t spelled out in the constitution then, in his view, it’s not constitutional. When President Bush nominated Alito to the Supreme Court, he praised the judge as a man who “…will strictly apply the Constitution and the laws, not legislate from the bench.” Since Alito has utilized this narrow-minded logic to dismantle reproductive autonomy, I assume this now means individual gun ownership will be overturned next, right?

After all, the individual right to own a gun is not stipulated in the American Constitution. Read that sentence again. The entirety of the second amendment states, “A well regulated Militia, being necessary to the security of a free State, the right of the people to keep and bear Arms, shall not be infringed.”

The individual right to own a gun wasn’t decided until 2008, in the Supreme Court case, District of Columbia v. Heller. That sure seems like legislating from the bench to me. Moreover, 2008 was a mere fourteen years ago. If the right to access abortion, which was decided in 1973, isn’t “deeply rooted in this Nation’s history and tradition,” then certainly a decision made in the twenty-first century isn’t part of our “tradition” either.

Of course, the judicial hypocrisy I’ve laid out will have no bearing on the Court’s decision. Alito’s opinion is disingenuous bullshit. He and his like-minded colleagues only believe in “constitutional originality” and not “legislating from the bench” when it comes to stripping away rights from historically marginalized groups.

Guns? Sure, have as many as you want. (Provided you are white and male). Masks? The government can’t possibly force you to wear one during a raging pandemic. But the right to bodily autonomy? Not so fast ladies. Of all the things our government can’t do, apparently, it can force any woman or girl of reproductive age to carry a pregnancy to term.

Forgive me if I don’t believe your hollow promises Justice Alito, but you and your ilk have proven yourselves to be the misogynistic liars that we always knew you were.