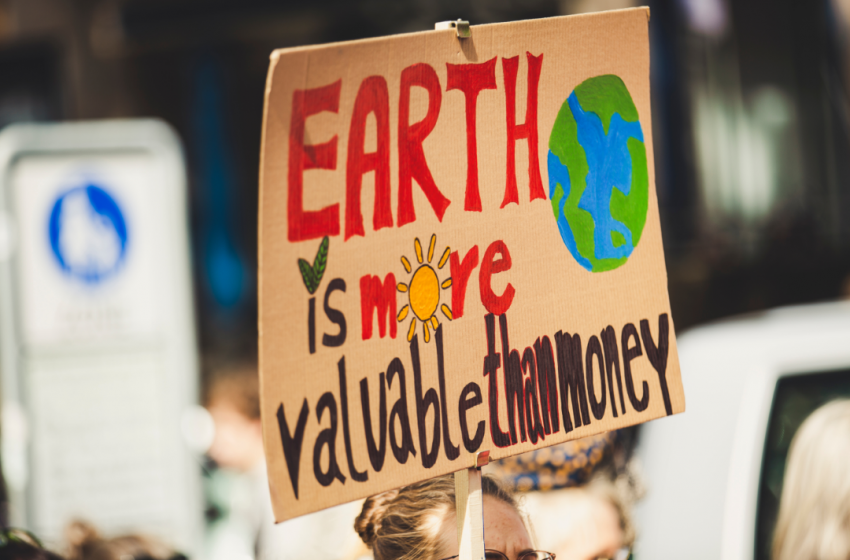 Every day that passes is a day less than humanity has to save the planet from destruction. Scientists and public health officials have been warning for many years that the temperature is rising dramatically. Climate Change is causing destructive natural disasters, deteriorating health, and causing death among the global population. The National Oceanic and Atmospheric Administration reported, “the combined land and ocean temperature has increased at an average rate of 0.13 degrees Fahrenheit (0.08 degrees Celsius) per decade since 1880; however, the average rate of increase since 1981 (0.18°C / 0.32°F) has been more than twice that rate.”

The National Oceanic and Atmospheric Administration (NOAA) reports that while hurricanes are not necessarily becoming more frequent, they are becoming more dangerous. This chart by the NOAA displays the occurrence of hurricanes in the Atlantic over 150 years. Scientists also agree that the rising global temperatures are fueling hurricanes, causing them to grow with increasing strength and ferocity in record time.

The National Oceanic and Atmospheric Administration

Homes are an unusual contributor

Many impoverished people and people of color are disproportionately affected by unsafe and unhealthy housing due to limited resources and inadequate government assistance. In 2002, the National Center for Biotechnology Information reported approximately 13.5 million Americans yearly are victims of nonfatal injuries in the home, and 2 million of those people were rushed to the emergency room. Shockingly, many homes still contain lead, a toxic metal causing about one million children to suffer from lead poisoning every year. Lead poisoning is linked to lower intelligence, behavior issues, and delayed development.

Lead is not the only unsafe toxin in outdated homes. Green America reports asbestos, pesticides & herbicides, toxic chemicals in plastics, endocrine disruptors, formaldehyde, and many more toxic materials are present in outdated homes. These toxic materials are dangerous to individual health, but another concern is when the materials are exposed to the environment when the house is destroyed. When homes become destroyed by natural disasters, fires, and improper demolitions, the deadly toxins are released into the surrounding environment, where they affect the ecosystem and human health. Many of the released chemicals trap heat in the atmosphere and are linked to Earth’s rising temperatures.

Last year, many public health officials warned that while Covid-19 is a severe health issue, global warming is causing a much greater health crisis. Asthma is a common respiratory illness among many Americans, especially young children. The Centers for Disease Control and Prevention (CDC) reports about 1 in 12 people in the U.S., or the equivalent of about 25 million Americans, have asthma. It is also reported that 12 million Americans, or almost 1 in every 2 Americans with asthma, had an asthma attack in 2008. The number of people with asthma is growing, and the frequency of asthma attacks is significantly increasing, causing higher mortality rates in people with asthma, which experts agree are preventable.

Poor air quality is the most significant factor in the increased asthma attacks and asthma-related deaths. The CDC reports that impoverished people and people of color have had the highest increase in asthma diagnosis and asthma-related deaths since 2008. The increases are because air pollution is mainly congested in urban areas and industrial zones, where people of color and people in poverty primarily live. The issues caused by climate change will not stop in urban areas and industrial zones. The problems will not stop at the coastlines or the deserts of Arizona and California. Ecosystems and people are experiencing the effects of climate change in areas believed to be the last place rising temperatures could affect.

There is no longer time to debate who is more affected by climate change and who benefits more from environmental policies. Effective action must occur immediately to save the Earth and everything that inhabits it. If the appropriate action is not taken, no one will be affected more by climate change and no one who benefits more from environmental policies. And that is because there will be no one left to determine the outcome.