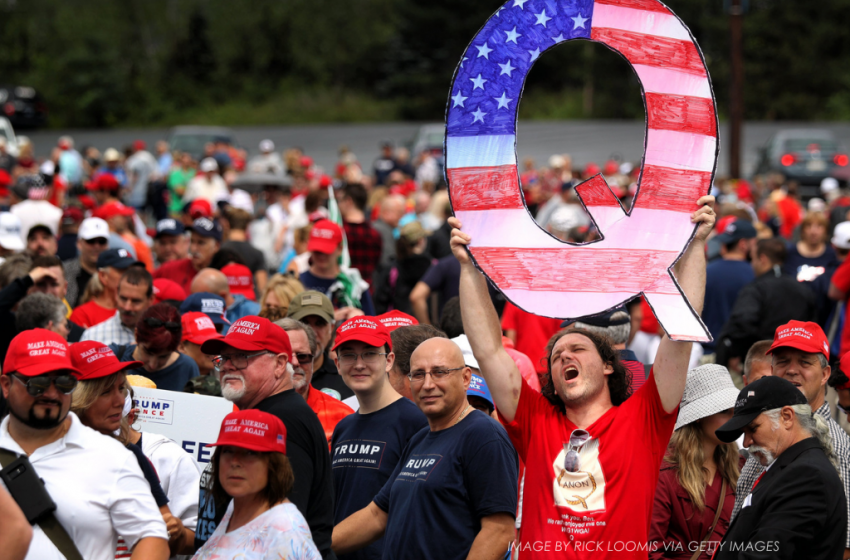 In 2016, I met a girl (we’ll call her June) at a restaurant where I bartended. June was a spunky hippie who loved yoga, supported Bernie Sanders, and made you feel really goddamn bad if you were a murderous, meat eater. June was a very specific type of person to say the least.

When Bernie lost the Democratic nomination in 2016, June was adamant about her 3rd party vote for Jill Stein. In a pre-Trump presidency, I nervously said, “Haha um, okay. I’m just very scared he might win, but whatever.”

Four years later—enter the coronavirus pandemic. June hates wearing a mask. It thinks COVID-19 is a hoax. June is anti-vaxx. June cries, “Recall Gavin Newsom.” June, our former Bernie Buddy Liberal, is now a raging Trump supporter. To some of you, this may seem like a ginormous leap layered with a lot of wtfs; but to many others, you’re probably reading this and thinking, “yeah, that sounds about right.”

Honestly, every time I hear a story like this, I find myself falling in both groups. On my wtf days, I think, ‘how could an animal-loving feminist who wants nothing but to save the environment leap from Bernie Sanders to Donald Trump? This doesn’t make sense. How could anyone—Oh right…’

The spread of QAnon and general fear mongering misinformation has had a hugely detrimental impact on both the 2016 and 2020 elections. Many of us worried that misinformation campaigns could possibly determine our next 4 years.

Conspiracies under the QAnon umbrella first made their debut during the 2016 election with the Pizzagate conspiracy leading to “Q”’s first reveal in 2017 through a thread on 4chan  and has since spiraled into what I can only sum up as the human error equivalent of getting a headache and looking on WebMD to learn you have an undiagnosed brain tumor… and believing it. Yikes.

According to QAnon, all democratic leaders are pedophiles running an underground child sex trafficking ring who also drink the fear-infused blood of children in order to harness more power. Oh, and Trump is the secret savior of all these children. You know, the same guy who let 666 children go missing in immigration camps. #SaveTheChildren—just not those children, right?

QAnon has contributed to people, like our dear friend June, believing COVID-19 is a hoax as well as preemptively setting the stage to delegitimize the election results. Yes, it’s moronic; but unfortunately Trump refused to denounce these claims making followers of QAnon believe there is a more insidious behind-the-scenes government oversight thus impacting this election and how people are voting.

The real insidiousness is the misinformation specifically cycling around the voting process (e.g. mail-in voting, early voting, etc) that has been forced due to the pandemic. In Michigan, Pennsylvania, Ohio, Illinois, and New York, many robocalls went out to primarily minority voters telling them that voting by mail could be dangerous. In other areas, people were being informed that by voting by mail, your information could go into a police database that could be used to track down warrants or old debts from creditors.

In one election office in Philadelphia, staffers spent most of their 17-hour days overwhelmed answering phone calls denying claims that the election is rigged, Republican ballots are being dumped, poll watchers are banned, and 182 other rumors that have popped up since September.

The wild spread of misinformation has caused many social media platforms like Twitter and Instagram to get ahead of the game by banning unverifiable news stories or attaching disclaimers. On Oct. 30, Instagram announced a momentary pause of hashtags in order to reduce the spread of potentially harmful misinformation. But you can imagine how people like June—who indulge in the conspiracy sphere—will likely only use this to further their own beliefs that the higher powers that be are hiding something terrible and allow it to impact their political views and their vote.

Despite all this, there’s hope. Nationwide, early voting surpassed 2016 totals. With all of the misinformation campaigns out there, a record number of mail-in ballots were processed all over the country. It was mail-in ballots in cities like Philadelphia and Atlanta that helped win this election for the democrats. Now more than ever, we are seeing a higher level of civic engagement and volunteers working overtime to ensure that democrats turned out to vote. Millennials and Gen Z voters led in the youth vote and voter activism. So even though June voted for Trump, Jade and millions of her Dem friends voted safely by mail for Biden.

Jade lives in Los Angeles with her fiancé Chris and beloved dog Obi Wan Kenobi. She is a commercial actress as well as social media figure who strongly believes in and works to help provide education around media literacy. Jade also co-hosts a podcast called Curious Vibes with her best friend, Talia, that aims to help make the spiritual and wellness world accessible to people of all races and circumstances and bring awareness in areas and fields where it is not. Keep up with Jade on Instagram @jadeterrell!