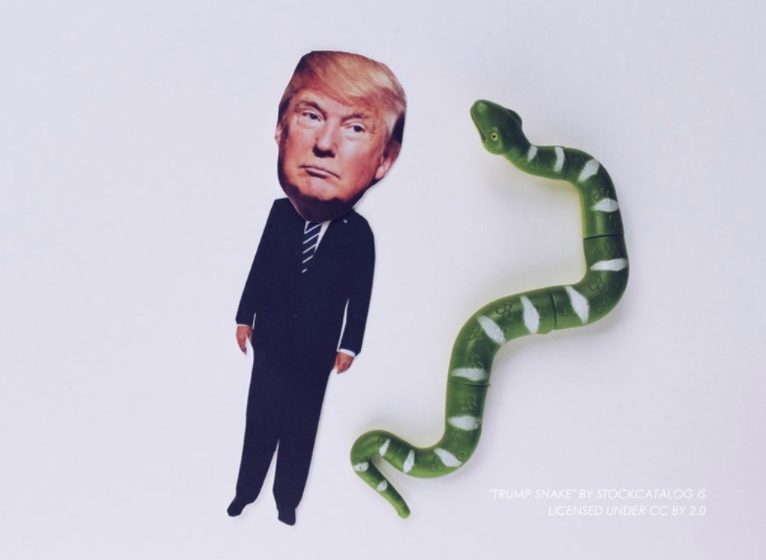 Dangerous Rhetoric from the President of the United States

These past few years have been nothing less than exhausting for Americans. We are bombarded with headlines about Trump’s obstructions of justice, overt racism, and the fervent attack on Roe v. Wade. Most recently, President Trump refused to condemn white supremacy when he was put on the spot on live television during the first Presidential debate. Instead of denouncing them, he told the Proud Boys—who were also at the Unite the Right rally—to “STAND BACK AND STANDBY.” The far-right group has since adopted this as their motto. As a result of all the press coverage, we’ve seen an alarming rise in the Proud Boys’ alt-right presence online and on social media.

Like most, I watch the news for only as long as I can stomach, so I was reluctant to turn on the news when I got a text from my dad one morning on August 3, 2019. The words ACTIVE SHOOTER IN EL PASO paraded across the TV. My heart sank… It was our turn. This time it was my hometown under attack.  The place where 23 people were brutally murdered was only a few hundred feet from the high school I went to. That is the Walmart where my family would grocery shop every week. I’ve walked through those same doors behind the shooter in that notorious picture hundreds of times. I’ve stood where he stood.

Unfortunately we’ve come to expect no significant legislative changes following a mass shooting. The empty promise of change and progress is almost as frustrating and futile as the hundreds of “thoughts and prayers” tweets that elected officials send out like clockwork. As El Pasoans we thought that maybe our tragedy would be enough to invoke change, but apparently it wasn’t.

Americans have heard every possible reason for mass shootings happen: mental illness, ostracized lone wolf, or even the latest argument, violent video games. The conventions that journalists use to frame their articles, whether they intend to or not, perpetuate racism. Take the news headlines about the El Paso shooter, for example. CNN published an article: “El Paso Walmart shooter has mental disabilities and was in a psychotic state after the shooting, defense counsel says.”

His defense, as well as the headlines, now report he had lifelong neurological disabilities and was in a psychotic state. This claim comes as no surprise now that he’s facing the death penalty in the state of Texas. They carefully steered the conversation away from ‘premeditated massacre by a white supremacist’, and toward ‘mentally unstable, confused kid’. At the end of the day, twenty-three innocent people were murdered in El Paso because of our race—and white supremacy is to blame.

White supremacy is at the core of America’s gun control debate. White men who parade their big guns are labeled patriots defending their second amendment, while African American or Latino gun owners are considered thugs, and could even end up dead. This racist branding is always obvious following a mass shooting. Dr. Metzl, author of Dying of Whiteness explains:

These supposed neurological disabilities become even more questionable when you take his comprehensive manifesto into account. Minutes before he carried out the shooting, he posted ‘The Inconvenient Truth’ online, which detailed his motives and tactical strategies. A minority ‘invasion’ was the prevailing theme throughout. The shooter identified the political and economic ‘threats’ that Hispanics and immigrants pose to white Americans. His ultimate hope for America was to divide the country along racial lines and eliminate race mixing. What is particularly concerning about the manifesto is that he parroted many of the same talking points that right-wing conservatives use.

The manifesto blamed Democrats for “the takeover of the United States,” and that giving people of color opportunities damages our country. He declared that Mexicans steal American jobs, while also claiming they overload our welfare system. He bought into “The Great Replacement,” an ideology whereby white extremists believe they’ll be replaced by minorities in the same way they replaced Native Americans. The shooter expressed his concern for future white generations, and declared his love for the U.S. as his primary motive for the massacre.

The shooter’s motives and reasoning disturbingly mirrors the anti-immigrant sentiment and phony patriotism from President Trump and his sycophants. In 2018 when Trump said, “It’s like an invasion. They have violently overrun the Mexican border,” he paved the way, using the exact language that the shooter would go on to use. Trump’s language, though, shouldn’t come as a surprise given that his senior adviser and chief speechwriter, Stephen Miller, openly advocates the most extreme white supremacist concepts, including “the Great Replacement,” an ideology the El Paso shooter subscribed to.

When Trump was first running for President he said: “When Mexico sends its people, they’re not sending their best…They’re sending people that have lots of problems, and they’re bringing those problems with us. They’re bringing drugs. They’re bringing crime. They’re rapists.” To most Americans, these quotes are appalling, unacceptable, and blatantly racist. To a radicalized, far-right white man like the El Paso shooter, though, this is a call to action. President Trump’s failure to unilaterally condemn white supremacy, racism, and xenophobia has made it more socially acceptable to be racist, and has invited more extremism.

As a matter of fact, Mark Pitcavage, an expert on far-right extremism, said far-right radicals “credit his candidacy as the start of their awakening.”

In 2017, white nationalists gathered in Charlottesville for a Unite the Right rally that resulted in the death of a counter-protester, Heather Heyer. Far-right, white supremacists, neo-Nazis, and other extremist groups gathered to  ‘defend’ their heritage, chanting, “You will not replace us.” Once again, this is the same language the shooter would go on to use in his manifesto. President Trump shocked the country when he said there were “very fine people on both sides”, and didn’t even attempt to walk it back.

The threat of white supremacy is not unique to the United States, though. In March of 2019, five months before the El Paso shooting, fifty-one people were murdered at a mosque in Christchurch, New Zealand. The shooter was a self-proclaimed white supremacist and alt-right extremist. Much like the shooter in El Paso, this man wrote a ‘manifesto’ with hate speech against immigrants and about a minority, Muslim “invasion”. As a matter of fact, the El Paso shooter praised the Christchurch shooter, and said he supported what he had done.

White Supremacy in the U.S. (and in the White House)

White supremacy is on the rise, shielded by an administration that refuses to condemn it, and instead embraces their support. As he trails in the polls, President Trump is using racist tactics to rile up his base, and win back the suburbs. He tweeted at suburban housewives warning, “Biden will destroy your neighborhood and your American Dream,” and threatened that low-income housing and minorities would take them over.

White supremacy was not born overnight, it’s just taken on new terminology. These same white supremacist ideals were used to defend slavery, and are still used to preserve Confederate statues and military base names. Over time, these ideals have penetrated our politics, legislation, law enforcement, and news outlets. The reason it has become so prevalent now is because of President Trump’s dangerous rhetoric.

Extreme, alt-right, white supremacists no longer have to lurk on the corners of the internet to find a community of like-minded individuals. What’s even more concerning is that they have the power to influence younger generations and brew hatred against minorities. Mass shootings like those of El Paso and Christchurch do not happen in a vacuum, and very well could rile up others to do the same.

White supremacy and mass shootings go hand-in-hand, and are a stain on American history. The extremist ideology that led to the ruthless murder of twenty-three people in my hometown Walmart correpsonds with the anti-immigrant, racist, fanatical sentiments that got Trump elected in the first place.

White supremacy is no longer on the fringes of society, it’s here in our everyday lives—and it’s in the Oval Office.

There is hope at the end of this long, dreadful tunnel, though. Old-fashioned racism and fear mongering don’t have the same traction they used to. We no longer fear diversity, we celebrate it and encourage minorities to succeed in ways their parents and grandparents never dreamed of. Younger generations are more vocal about holding people accountable for their actions and words, and are now more than ever, are eager to vote. The election ends on November 3rd. Go out and vote for those who have died at the hands of white supremacy, vote for the victims of senseless mass shootings, and vote like your life depends on it — because it just might.

Kailyn is a freelance writer at Policybae.