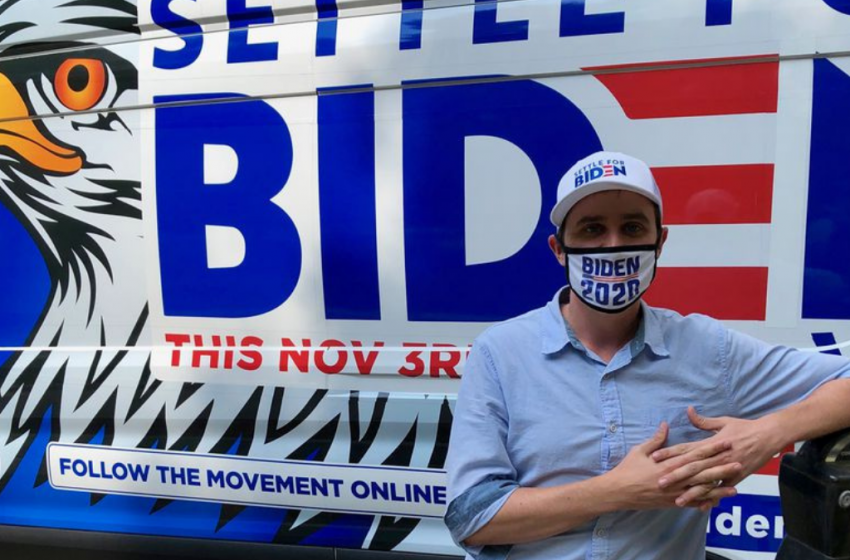 Once it became clear that Joe Biden would win the presidential nomination, Sam Weinberg founded SettleforBiden.org in April 2020. According to SettleforBiden.org, the movement is described as, “a progressive grassroots organization comprised primarily of former Bernie Sanders and Elizabeth Warren supporters.” On social media and on the road, the #SettleforBiden campaign became a movement to inspire voters to settle for the next best thing: Joe Biden.

According to an article by Teen Vogue, Weinberg stated, “I just thought, ‘I’m going to do everything within my personal power to make sure that Donald Trump doesn’t have a second term,’ because I know that I certainly don’t have it in me to deal with four more years of Trump and the people who are going to be even more affected certainly don’t have it within them.”

Settle for Biden isn’t about Gen Z being happy about Joe Biden’s candidacy for presidency. It’s about getting Donald Trump out of office. But more than that, it’s making sure more than anything that Gen Z votes. Young people do not vote in the numbers that they can. There are many reasons for this: apathy, lack of education, being pissed off at the Electoral College, and just generally feeling as though their vote doesn’t matter.

Weinberg began enlisting other student volunteers, friends, and Aditya Bhalla. Bhalla is very sympathetic to voters who want to support Sanders or Warren and don’t want to support a rank-and-file Democrat. Bhalla says in the same Teen Vogue Article —

“I think initially, my thought process before shifting to settling for Biden was that Democrats and Republicans are kind of on two sides of the same coin,” Bhalla said. “They’re both controlled by the corporate elite. There’s a lot of money in politics, so it really doesn’t matter. But as time went on and the coronavirus continued to grow, we saw how Donald Trump handled protesters outside the White House, how he continues to sabotage the Postal Service and to me, those are threats to democracy. Biden isn’t going to fix all of our problems, but he is not going to threaten a lot of the institutions that we do hold sacred, including our right to free and fair elections.”

The Settle for Biden campaign is trying to prevent the 2016 election from happening again.  People voted third party, Bernie Sanders, or Harambe when they didn’t want to vote for Hillary Clinton, and we have Donald Trump as President. Settle for Biden is saying that they “recognize Joe Biden’s flaws but know that our nation will not survive four more years of Donald Trump.” At the end of the day, I learned two important things when I worked for a Illinois Congressional campaign in 2015: (1) Getting Democrats to vote in a non-presidential election is like pulling teeth; and (2) if young people voted, the entire country would be different.