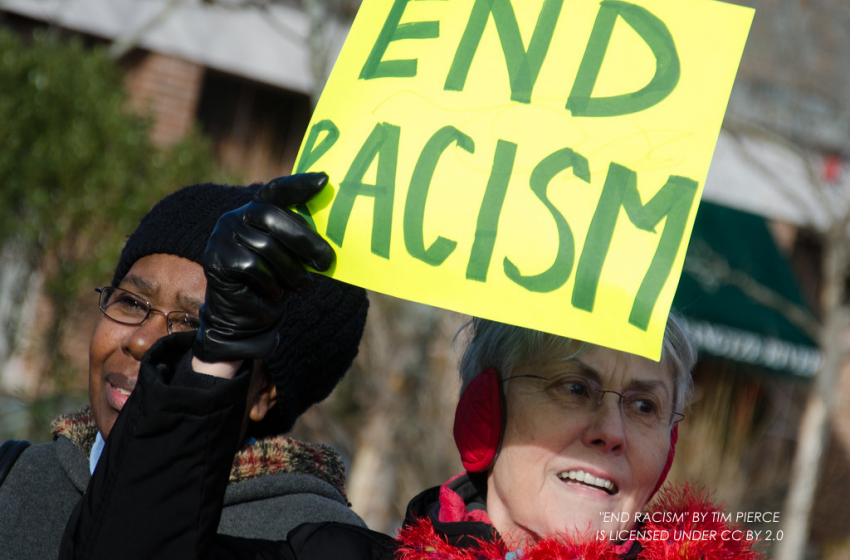 The George Floyd uprisings spread all across the nation this year, exposing the inherent racism in our government institutions and laws. This racism against Black and Brown bodies in America is not something new, but an iteration of the racism that built our nation. It started with the genocide of millions of Native Americans who lived and died on the land we stand on today. Then Black people were enslaved, stolen from Africa, separated from their families, and forced to work in the 1800s.

In the 1900s, slavery was abolished, but laws and regulations still prevented Black people from achieving education or financial stability. Our police force today originated from ​slave catcher patrols​ in the 1900s, who’s sole aim was to reclaim runaway “property.” Black people were seen as mere property: simple tools needed to build plantations, harvest crops, and perform household duties for free. Today, their violent oppression continues in the disproportionate murders of Black bodies at the hands of police.

The complex history of racism in the United States requires years of learning and unlearning to understand. Unlearning white savior narratives taught in our history classes, while learning the truth of our country’s past. It is only with awareness and knowledge may we finally break free from the chains of ignorance and racism that have affected us for generations. In order to understand this history, it must be recognized that racism permeates all levels of our society. Redlining neighborhoods is a common practice where district lines are drawn to decide where to allocate funding, yet Black and Brown neighborhoods are intentionally left out. This leaves Black and Brown populations without quality schools, grocery stores, parks, or even community centers.

In regards to incarceration, Black people are likely to be sentenced to much longer jail time than any other population committing the same exact crime. Likewise, racism is prevalent in the medical field, with a recent study showing that ​40% of medical students believe that Black people have a “higher pain tolerance.” This stereotype encourages harmful medical practices against Black patients and may also point to why Black mother mortality rates are so much higher than white mothers — dying at a rate that’s 2½ times more than white women.

With this being said, it’s important for our generation to realize the mistakes of past generations and grow from them. Being an ally is one way to support this growth and cultivate a new societal understanding of mutual love and respect.

Allyship in the age of Black Lives Matter can manifest itself in many ways. One way is to start difficult conversations with family, friends, and those around you—especially if they say things that are racially biased or perpetuate racial stereotypes. Call them out when something harmful is being said upon the basis of race or skin color. Read books, especially books by Black revolutionaries (e.g. Audre Lorde, Angela Davis, Franz Fanon, James Baldwin, W.E.B. DuBois, etc.), to understand the struggle that millions of Black Americans face. Constantly learning is one way to strengthen your understanding of racism in America and be better equipped to take action against it.

Lastly, reflect and evaluate your own racial biases. None of us are perfect and noting your own prejudices is one part of unlearning for the better. Reflect and investigate what beliefs you hold to be true and continually question them. Know that the struggle against racism can be exhausting and uncomfortable, but strive for progress not perfection.